The post-Alamut period comprises two phases: the first two centuries after the fall of the Ismaili-Alamut state and the rebirth of the Anjundan from the mid-fifteenth to the eighteenth centuries.

In 1090, Hasan-i Sabbah acquired Alamut, an isolated mountainous fortress in the Rudbur region of Daylam, in northern Persia, which marked the foundation of the state. Over the next 150 years, the Ishmaelites have acquired more than 200 fortresses in Iran and Syria, located in mountainous areas inaccessible to house the Ishmaelites fleeing persecution. These settlements were also a sanctuary for other refugees, regardless of their religion, fleeing persecution and invasions. The state of Alamut fell to the Mongols in 1256. 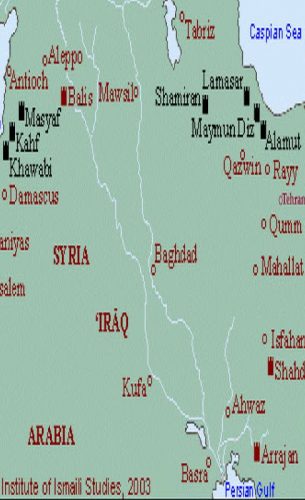 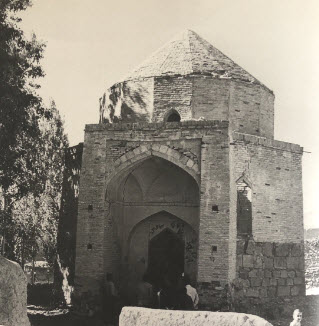 After the fall of Alamut, the imams remained hidden for almost two centuries to avoid persecution and protect the community; Only a handful of reliable dais had physical contact with the magnets.

Scattered Nizari communities in a vast area of Syria and Persia, as well as in Central and South Asia, are developing locally and isolated from each other. The imams and the community disguised themselves under the mantle of Sufism, which spread widely in Persia, appearing in the form of Sufi tariqa, using the master-disciple terminology (murshid-murid) of the Sufis. The esoteric traditions of the two tariqas have facilitated their close association.

In the favorable conditions created by the adoption of the twelve Shiites as a state religion in Persia by the Safawids (r1501-1732), the imams carried out the activities of the Da’wa more openly, always under the guise of Sufism.

Around 2: 25-26, Imam Islam Shah is perhaps the first Nizari imam to settle in Anjundan, a city near the Shia learning centers of Qumm and Mahallat in Persia. This started the Anjundan period in the history of Ismaili Nizari, which involved the revival of Ismaili’s literary activities.

It was during the Imamate of the thirty-second Imam Ali Shah, better known as Mustansir bi’llah II, that the imams were firmly established in Anjundan, reviving the da’wa and the literary activities of the people. Nizaris of the Persian language. Imam Mustansir Bi’llah has sent a series of trusted Da’is to various locations in Persia, as well as to Afghanistan, Badakhshan and other places, to reestablish contact with several Nizari-Ismaili communities. The mausoleum of Imam Mustansir bi’llah II is located in Anjundan.

The successor of Imam Khalil Allah II, Imam Shah Nizar (who died in 1722), moved his residence to the nearby village of Kahak, where the imams maintained their residences for almost a century. The forty-sixth Imam Muhammad Hassan, better known as Hasan Ali Shah Aga Khan I, was born in Kahak in 1804.

“The building, which could in fact be part of the Imam’s residence, has several rooms, each with some graves. In the enclosure and in its adjacent garden, there are several gravestones with inscriptions on Khojki Sindhi characters, attesting to the pilgrimage of the Nizari Indians who regularly undertook the long and dangerous journey to see their imam.”

(The Ismailis, their history and their doctrines). Imam Sayyid Ali was also buried in this mausoleum.

The forty-fourth imam, Abu’l-Hasan Ali, also known as Sayyid Abu’l Hasan Kahaki and Baqir Shah (died 1792), was appointed governor of Kirman around 1756 by Karim Khan Zand (died 1977), founder of the Zand dynasty of Persia. The Imam has established close relations with the Sufi tariqa Ni’mat Allah, founded by Shah Ni’mat Allah Wali (who died in 1431), who traced his genealogy from Fatimid Alid to Muhammad b. Isma’il b. Ja’far al-Sadiq. Historians agree that this tariqa played a vital role in spreading Alida loyalty and Shia feelings in Persia. The works of Shah Ni’mat Allah, prolific writer and poet, were preserved by the Ismailians of Central Asia; His mausoleum in Mahan, Persia, is an important site for pilgrims.

His name is Awwal Hasan Ali Shah, who is very handsome. 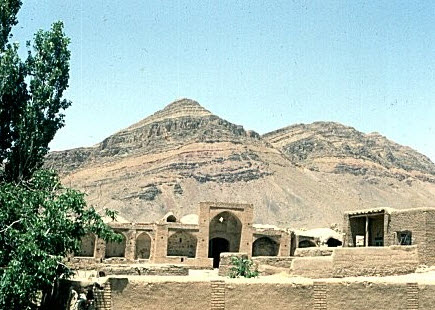